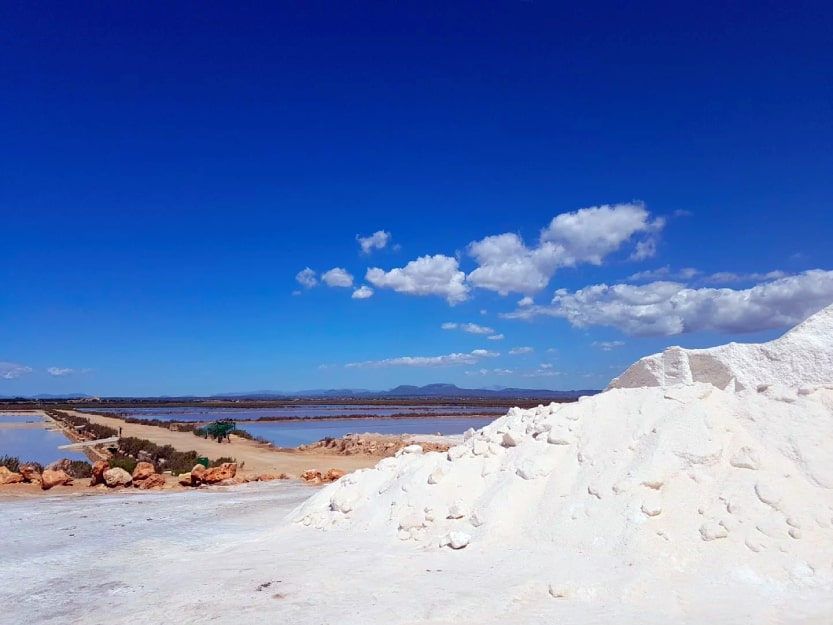 The dream landscape offered by the Es Trenc salt marshes and the entire southern area of the island of Mallorca, with its beaches and cliffs, has been patiently shaped by man and nature for centuries. In this way, the small town of Ses Salines has become one of the most attractive for its rugged geography and for the artisanal and ecological process used for the production of salt.

However, anyone who takes the time to visit this Mallorcan jewel on a Unique Tours Mallorca, will have the opportunity to discover unique landscapes, dominated by the evaporation ponds where the island’s star product, Flor de Sal, is harvested.

A tradition that extends over 2,500 years of history

According to the oldest ceramic remains found on the island, there is evidence that places the first salt extraction in the fourth century BC with the Phoenician settlement, although much of the architectural evidence corresponds to the sixth century AD, the time of the Roman imperial occupation. It was in 1950 when the salt mines of Es Trenc began to be exploited in an artisanal way.

By that time the salt mines were renovated using a set of artisanal and ecological techniques. They take the water of the Mediterranean as raw material and the sun and the wind as the main sources of energy for the creation of sodium chloride. This process has created an ecosystem that protects some 25,000 aquatic birds that spend the winter in the wetlands.

The Salinas d’Es Trenc are the most important in Mallorca, both in extension and in production level, although there were others such as the salt pans of Les Fontanelles and S’Illot, which are nowadays integrated to the Natural Park s’Albufera de Mallorca. There are different private tours in Mallorca that take you to know all the details of these curious idyllic landscapes.

In the south of the island there are some of the secret places in Mallorca that no visitor should miss. The town of Ses Salines can offer much more than artisanal salt marshes, as all along the route that leads us to the Salinas d’Es Trenc we will also find breathtaking views of the coast, cliffs, coves and, of course, the beautiful Es Trenc Beach.

One of our experiences by car available is the Day Trip Mallorca Salt Marshes and Southern Cliffs, with an approximate duration of 5 hours in which you will travel 90 kilometers of roads in the southeast of the island, starting from Son Oms and ending at one of the most emblematic beaches of Mallorca, Es Trenc.

During the tour you will make several stops, among them: Son Mut to appreciate the 1,724 fig trees that are part of its experimental field, Es Cap Blanc lighthouse, one of the most extraordinary balconies of the coast, Cala Pi and of course, the Salinas of Es Trenc, authentic landscapes, difficult to match.

You can request this tour in any of its three versions: Self-Drive, where you will drive the car yourself, Vip-Trip, which includes a guide driving the vehicle, Private Tour, especially for private groups.