Discover the magic of the city of Palma through a fun, sustainable and silent experience, driving one of our XEV YOYO, a 100% electric city car with 2 comfortable seats.

We offer you 3 daily tours of 2.5 hours around the city of Palma so that you can enjoy, accompanied by our local guides, the best of the city and its surroundings. Our vehicles are equipped with radio devices so that you don’t miss the explanations and you can interact with your guide during the tour. 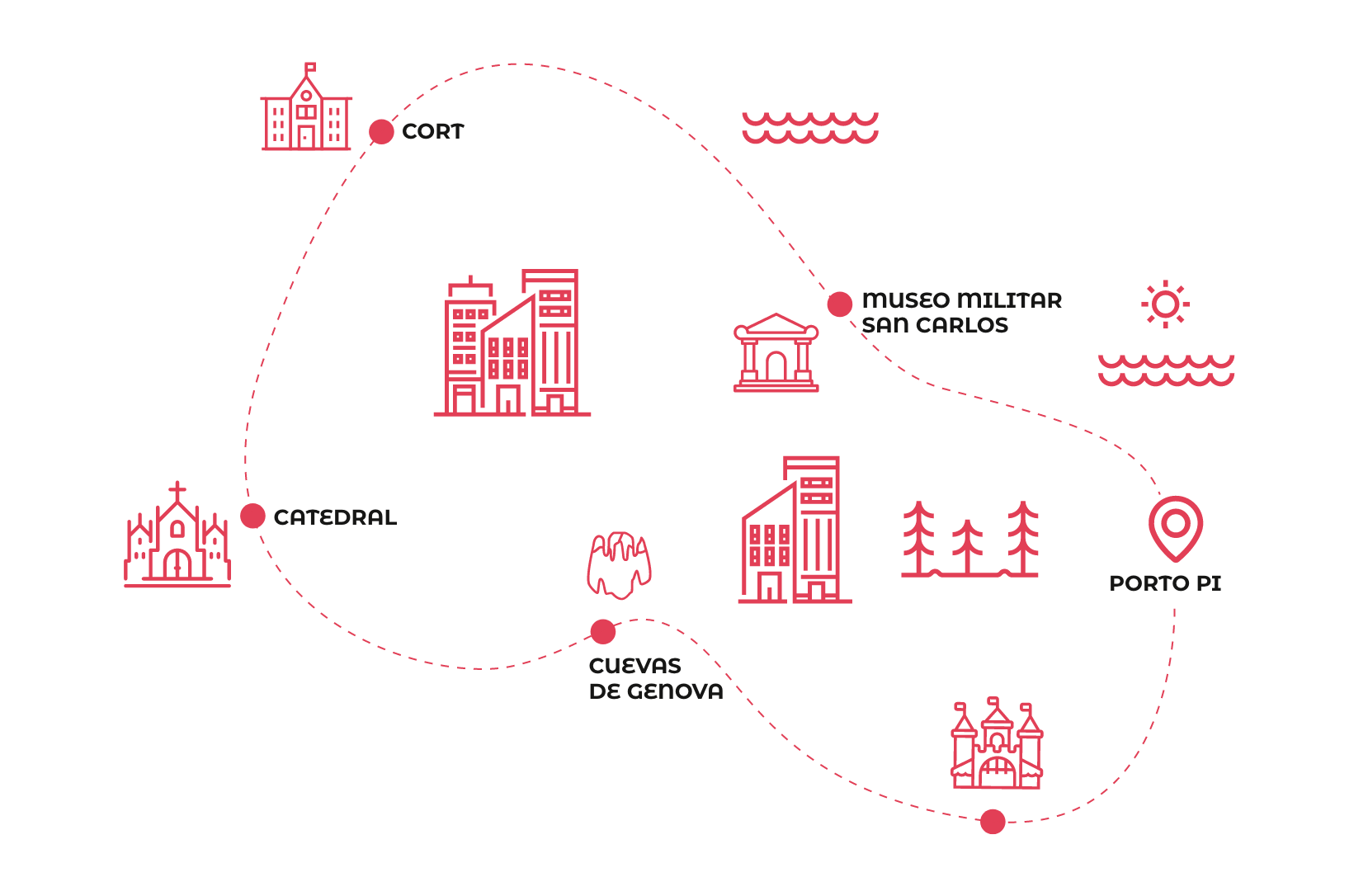 After leaving the car park our first stop is very close to the starting point, just 1500 meters, which will help us to get confident with the first driving sensations of our XEV YOYO.

While we share sensations, we will take the opportunity to visit the museum of San Carlos, a hidden gem in the city of Palma, where we can learn about the military history of the Bay of Palma, which since ancient times, has been an important anchorage point for commercial ships to protect themselves from the pirates of the Mediterranean. The museum, divided into several rooms, offers a broad overview of the weaponry of the Spanish infantry, with examples of artillery and ancient weapons.

We begin our tour through the centre of Palma by driving along the Paseo Marítimo, observing the number of boats moored on the different piers, until we reach the Plaza de Cort to drive through the alleyways of the old town that will take us back to the Paseo Marítimo on the side of the majestic Palma Cathedral and the Parc de la Mar.

Mallorca is known for its impressive natural caves such as the Cuevas del Drach, Hams, Campanet, Artá..., but still not many know that just a few kilometres from Palma, in the village of Génova, are the Cuevas de Génova, a natural formation discovered accidentally in 1906 during the construction of a well. The cave is made up of several underground galleries that descend to a depth of 36 metres, reaching a distance of approximately 1 kilometre. We will visit the cave to appreciate the extreme beauty caused by the colours of the minerals found on its walls, and by the eccentric formations that have been created over the years.

Our last visit will be to the famous Bellver Castle. Its name comes from the old Catalan and means "Beautiful Views", so don't leave the city without reaching the top of the castle to enjoy its beautiful views, from the Serra de Tramuntana to the city and its port. It is a 14th-century Gothic fortification that was a royal residence, the only castle with a circular floor plan in Spain, and the oldest of the four remaining castles in Europe. 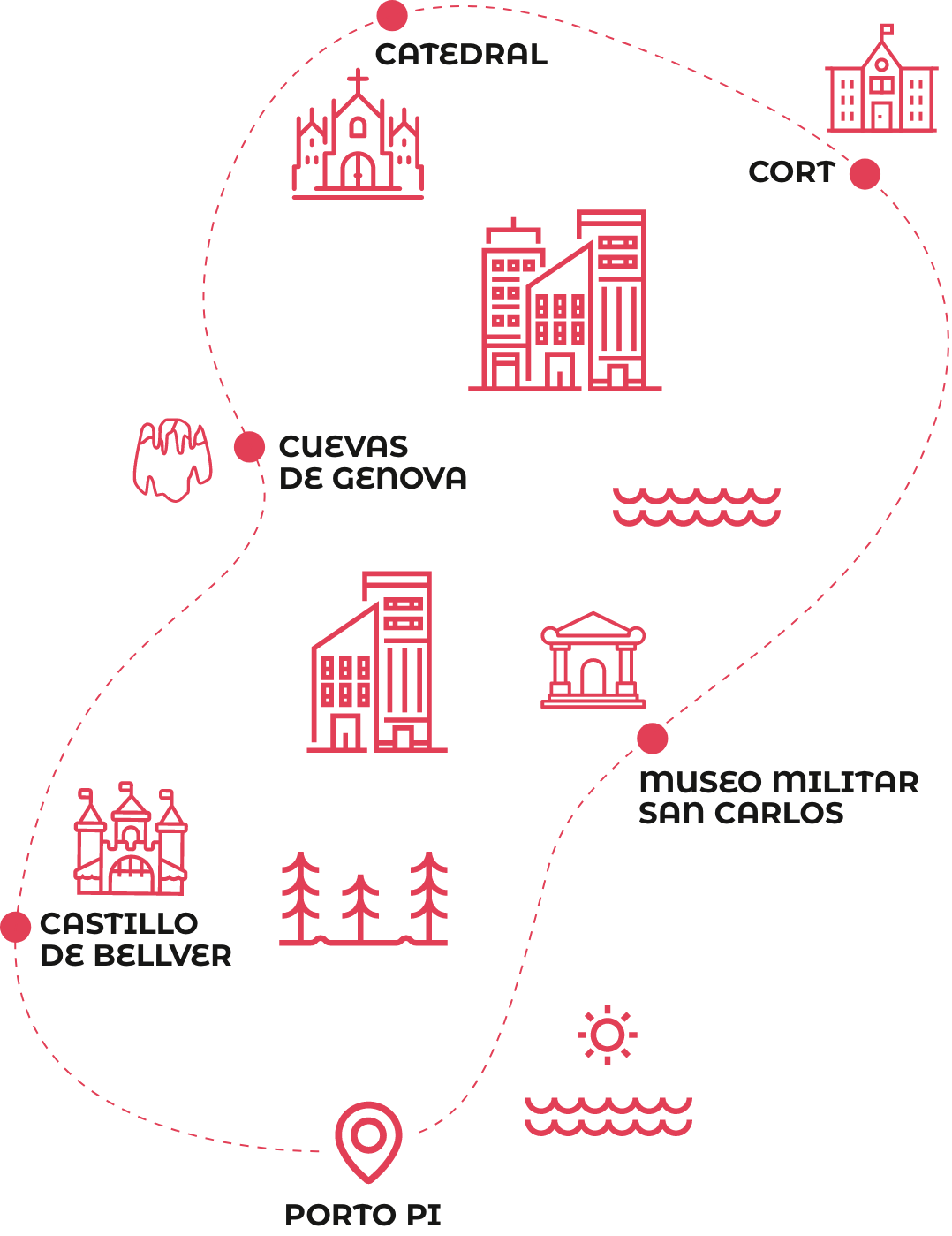 I want to take this tour privately

Do you have any questions?

Send us a message through our form or via WhatsApp, we will answer right away

We were looking for something different and more personal but low cost. We are really happy with this new concept, the guide is really friendly and the spots are cool. Recommended 100%